Starting the pants! I had originally thought to make the costume all one piece by cutting the leggings with a high waist line and sewing it directly on to the top and cutting off the body suit at that point, but my friend who I was making this for wanted to keep it in two pieces for ease of bathroom use. Practical vs perfection. Since she was the one who would be wearing it all night, I did it her way.

Lifting the waistline on the leggings pattern: It had to be lifted by 7” 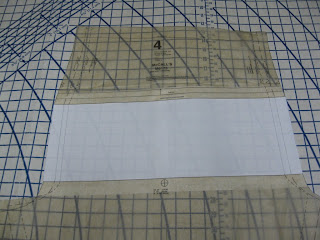 Cutting out the legs: 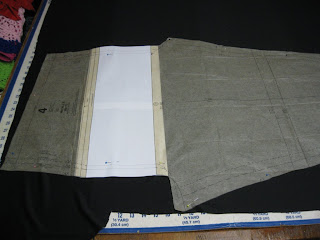 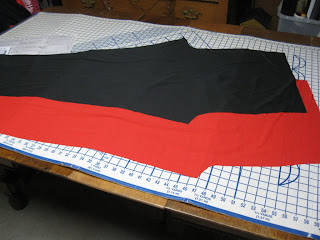 Since the legs are one piece each, there was no outside seam, just an inside one. This is the black leg inside the red one prepping for the crotch seam: 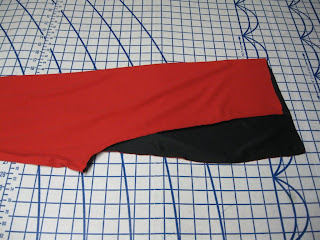 One really long pair of leggings: 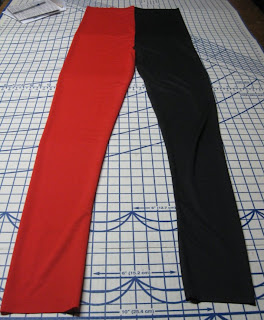 Both pieces so far: still need to add the neckline on the body suit, the elastic waist and hem on the pants and all the decorative pieces. 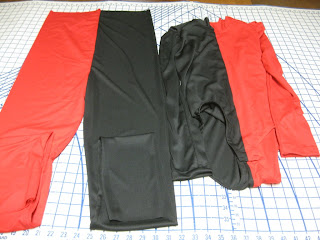 Beginning to add the decorative pieces on the body suit: 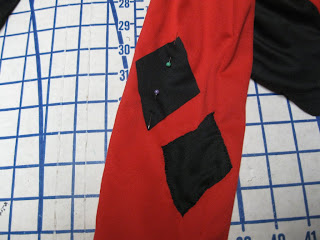 Because this really was a custom costume, I had a few pieces I had to create entirely without a pattern: the hood and collar. I started with the hood. This took a few hours to do to make sure I got the curve around the back of the head and neck just right. 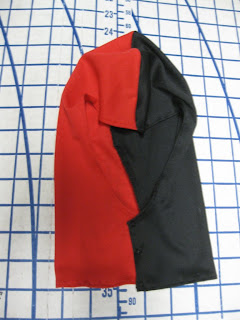 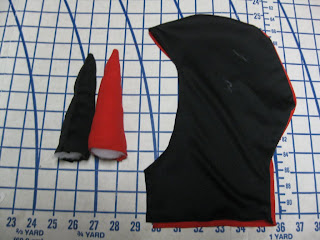 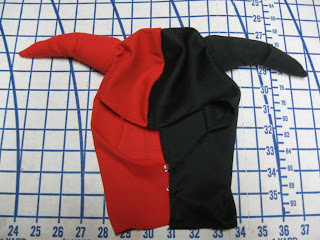 The collar I had to completely design this myself, using the picture I had printed of the character as reference. It is two layers of six pieces each. This is about half-way through making it: 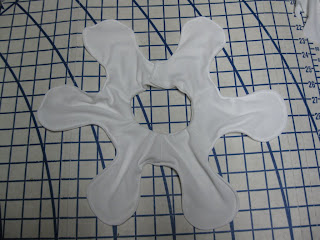 Next step: making all the little white balls. I needed eight in total: two for the jester hat and six for the collar. They were actually easier than I thought they would be. 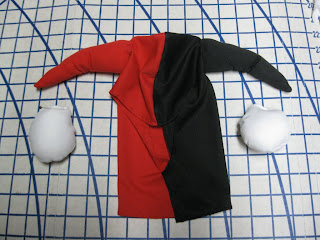 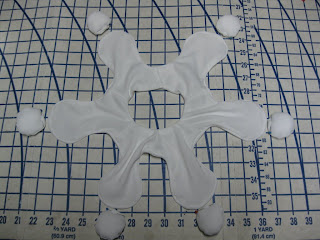 Body suit with the decorative diamonds all sewn on:
This had to be done by hand so it was the most time consuming part of the whole costume. 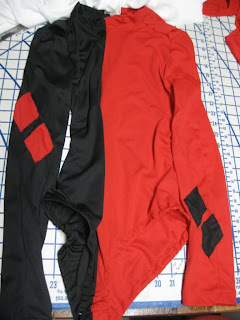 Even more time consuming was the diamonds on the pants: three on each leg and much larger: 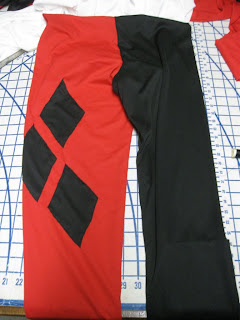 The gloves were done by sewing lace on the some stretched-out mini-mitts; definitely easier than trying to make something like the collar.

The decorative diamonds were added on the black leg after the fitting. As I said these were incredibly time-consuming. 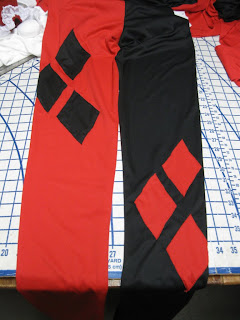 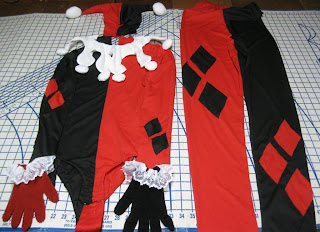 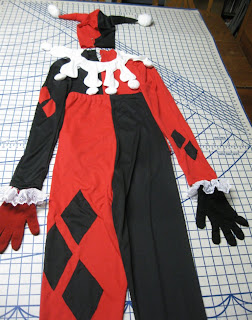 I do have a photo of the costume actually worn on Halloween (those on Facebook have probably already seen it). I will be adding a post shortly of a whole bunch of promised photos from previous posts / projects. Not exactly a cliff-hanger but it’s the best I’ve got.

Note for everyone who was thinking of getting a custom costume done: now that I know how many hours this type of thing actually takes (40), my estimate would be about $300 + materials. Before you have a panic-attack, please note this is less than minimum wage.
﻿
Posted by Gwen at 14:07